Becoming a Member of a Networking Group

Becoming a Member of a Networking Group

Networking is an essential aspect of succeeding in the insurance industry. Our industry’s lifeblood is to become a trusted and sought-after insurance resource for your target audience in the local community; the more connections you can build, the bigger your network, and the more accessible and legitimate your agency becomes. Becoming a member of a networking group can give you the access and the credibility that you need to grow your agency bigger and faster.

Become a member of a networking group

Building relationships with like-minded professionals and entrepreneurs can accelerate your agency's growth. Joining a local chapter of a networking group allows you to forge strong professional relationships and share referrals, but also helps elevate your presence in the local community, build a strong brand reputation, and gain credibility with your local audience.

There are two main types of networking groups you should consider: 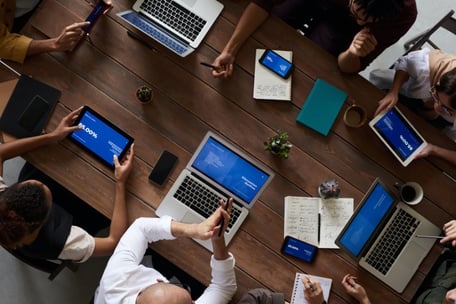 It’s in the name. Casual contact networking groups will gather many local professionals and business owners who can mingle, share insights, and often, referrals. This is a great first step to meeting like-minded professionals and making a name for yourself in your community. There are no big commitments to these casual groups, but can be a valuable resource.

These networking groups require more commitment from their members, typically a weekly engagement, and they only allow one person per profession or industry. The specific focus of a strong contact networking group is to share referrals. Being a part of this type of networking group can be highly competitive, but the gains are invaluable.

Strong contact networking groups, also called strong contact referral groups, are exclusive and highly sought after, so make sure you have the time and the drive that it will take to be a profitable member. Networking is a two-way street. To be a member, you have to deliver all the time and consistently bring in prospects for other members, just as they will be bringing in prospects for you. These networks mean business, so make sure you do, too.

Affordable American Insurance is a member association for independent insurance agents looking to gain invaluable guidance, training, and technology to grow their agency. We give agents the roadmap to success to grow bigger, faster, more efficiently and become attractive to strong contact networking groups.